View source
watch 01:40
The Sandman Will Keep You Awake - The Loop
Do you like this video?
Play Sound

The Sohoku High Bicycle Club is situated in Chiba, Chiba Prefecture, Japan and represents Sohoku High School. Sohoku is a hard-working team. Even if the members face internal conflicts, they are all determined to win, which is why they can work so well together. Its team members all want to improve in their own ways.

Their training is often brutal, and may seem like survival of the fittest, but it dramatically boosts their skills. Some events appear to be team traditions, such as the First-Year Welcome Race, which determines which first-year student will be in charge of the rest, and the 1000km Training Camp used to determine the Inter High members.

They apply different strategies between Hill Climb races and Criterium (closed circuit sprint race) especially late season, but it generally follows the No-Ace or All-Domestique strategy, even when there are presumptive Aces in the team to suit the terrain and maximize the team's chances of winning, and also encourage competition within the team. It is also because no one rider can perform all aspect of being a domestique well. For example: Onoda takes orders well, but he is not tactically aware, nor is his body built well enough to help with blocking the wind. Teshima is tactically aware, but he is not a very strong rider overall, so he often falls back to help the juniors relay information.

In Hill Climb, two Aces will be deployed to push before the final Ace is 'launched' (if applicable) to attack the finish line, while in Criterium, given the shorter length of the race, the strength and competitiveness of the sprinters, they are free to attack each other and race individually in the final three to five laps of the race.

At the second Inter-High, though Imaizumi is the presumptive Ace, Teshima and Aoyagi often sends Kaburagi to be the Ace to compete for Sprinter's Checkpoint to prove the point that he is better suited as a sprinter, while in Climber's Checkpoint, Teshima and Onoda has fair chance to compete, though Onoda is often the last person to compete.

The team club room is located in a plain building behind the main class buildings. On the left side of the building is an outdoor tap, and the front has the only entranceway, with a siding door set on the outer face. Inside, there are lockers for each member, some chairs, benches, bicycle parts, equipment, and tools. The room is fairly small so the team usually just changes into their biking gear inside and then goes outside for their warm-up routine. Each member of the team is responsible of bringing his own bike, but the Kanzaki Cycle Shop, owned by the family of the former captain, lends the team some equipment for its internal events.

The club's room has a hole in the interior side of the buildings' right wall. It was made by Makishima as a first-year in order to remove a secret training record he wrote on the wall with a marker, behind a poster. After hearing a rumor that a scary senior had found it, he cut out that section of the wall with a hand saw, and pretended the entire incident never happened.

By the time Onoda joined the club during Makishima's senior year, the hole was covered up by another poster. Naruko discovered it and showed Onoda; Makishima came across them and told them he did it, but asked them to not tell anyone. After practice that day, Makishima decided to tell Onoda the entire truth about the hole.

At the ending credits of season 4, Sohoku forms a rock band. Onoda is the lead singer and frontman, Naruko is the lead guitarist, Imaizumi is the rhythmic guitarist with a black Fender Stratocaster. Kaburagi is the drummer, Teshima is the keyboarder and Aoyagi is the bassist. 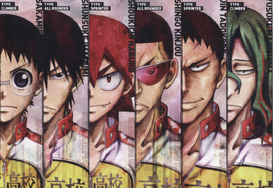 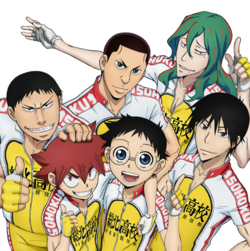 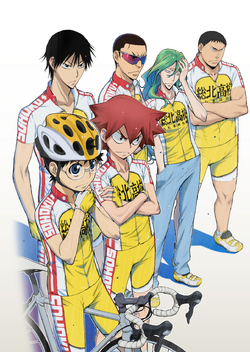 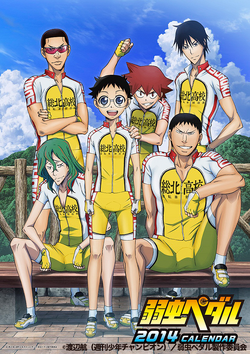 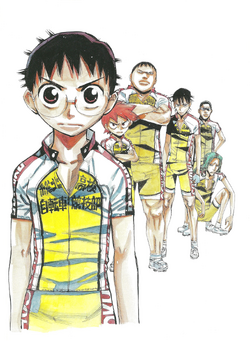 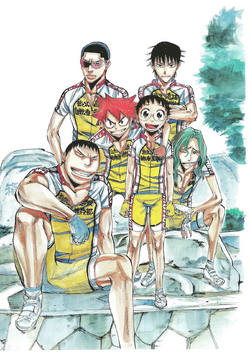 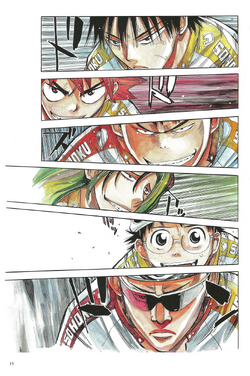 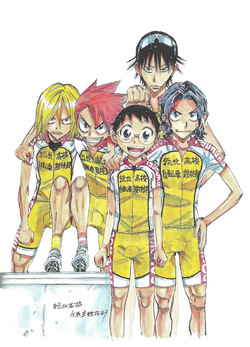 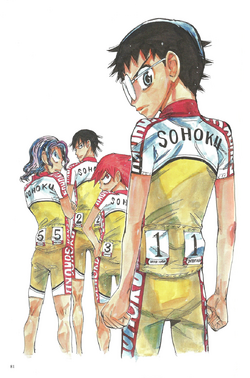 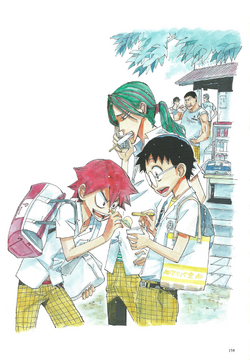